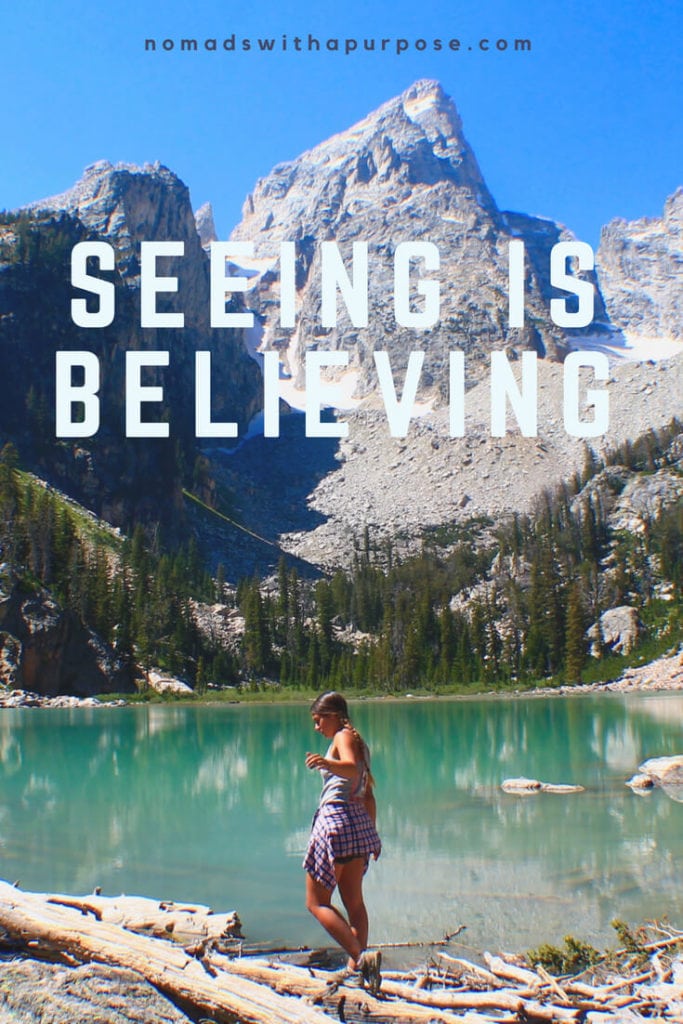 Before I was a nomad I was a “regular homeschooler”, which meant my mom made me learn about traditional subjects like English, math, science, history, and my favorite—geography. I was intrigued by geography and still am to this day. I liked learning about different places and what they were like.  I was interested in the routines and cultures of other parts of the world and the ways they differed from what I was accustomed to.

Three years ago in—technically speaking—my freshman year of high school, I was assigned a project by my mom to plan a “Gap Year,” as in if you had a whole year to travel the world before going to college, where would you go? Little did I know that my life was to become one endless gap year. What many people who haven’t traveled don’t know is how different things really are around the world. They don’t internalize nor think much about the what they read in textbooks.

Sure you can learn about science, history, culture, and phenomenons but … seeing is believing.

This summer I had the accidental luxury of experiencing the Great American Eclipse. An eclipse is a pretty scientific concept that surely ever grade school kid has learned at one point or another. But come on, learning about solar eclipses from a classroom is quite un-memorable and unspectacular especially when learning it’s factual information. It’s not the same as the knowledge you seek out— the what, the why, and the how—because when you are going to be experiencing a solar eclipse first-hand you want to understand it.

Last summer was a coincidence. We were aware of the eclipse but in prioritizing our day-to-day adventures, we didn’t put pressure on being in the Path of Totality. This was one of those things that we had dismissed—we figured it wouldn’t be worth having to deal with the crowds.  Luckily, the universe made it so that we ended up nearly dead center in the Path of Totality which became one the single greatest moments of my life. It went something like this:

We entered the Tetons at dusk on a warm Saturday evening, a colorful gradient glow slowly disappearing behind the Tetons to the west. The eclipse was in two days but we weren’t just going to sit there and wait—oh no. We were Yellowstone bound.

Through all of our travels we had never seen our home country’s most famous national park. So instead of opting to put Yellowstone off for another year, we spent the entirety of Sunday watching Old Faithful erupt, walking the boardwalks over Yellowstone geysers, and hiking above the colorful Grand Prismatic Spring.

We were unsure about making the trip up for the day mostly because we were concerned about the traffic to head back into the Path of Totally that the media clearly exaggerated about. We had no problem. In fact, it was one of my favorite evenings on the whole three-month trip.

We were driving south on Teton highway around 6 or 7 pm, around sunset, when we stumble upon a large parking lot named called Grand Teton Overlook—and for good reason. I rush out of the passenger seat as soon as we stop, camera in hand, because where we pulled over definitely fit the name. We had a perfect view of the entire glorious, dramatic Grand Teton Range. The sun was yet to drop behind the mountains and was still shining upon the north-eastern faces of the range. Soon everyone else rushes out of the confines of our 30 foot RV. We grab a frisbee and a tennis ball and partake in tossing them around in the small parking lot surrounded by the large plains with the Tetons towering over us. The only sound is the screams and laughter of my siblings in an otherwise silent setting besides the few other people who’d pulled over at the overlook to take a photo. We stay out playing until last light, seeing the sunset evolve from wisps of gold tracing the sky, then a fiery red glow illuminating the entire landscape, and finally purple streaks stream through the sky before becoming the last light of day when the mountains become stark silhouettes.

We slept in our motorhome in the parking lot whether it was technically legal or not, our spot reserved for tomorrow morning. By the time we woke up the next morning at 8 am the parking lot was full of folks who took time away from their stable routine to see the once in a lifetime phenomenon. People were pulling up lawn chairs, eating breakfast brought from home, and setting up cameras to attempt to capture the eclipse stages.

Meanwhile, since everyone else was getting comfy, we treated the parking lot like a campsite— cruising on skateboards around the roundabout, pulling out our little outdoor stool chairs (you know those little kids IKEA stools, lol we don’t own real camp chairs), and my mom spreads out her outdoor cooktop and whips up some delicious gluten-free banana pancakes. There’s a bubbling current of excitement filling the air between the people who came for the natural event like giddy kids on Christmas Eve—no one having a clue of what the eclipse is going to be like. The last time there was eclipse that could be seen from America was 1979 and even that could only be seen from a few places. Thus, very few people had any expectation of what a solar eclipse looks like. But here we all were, one hundred curious souls gathered together to find out.

The eclipse began at 10:16 a.m. just as predicted and with our goofy looking eclipse glasses, that are in no way different than 3D movie glasses, we can see the moon overlapping the sun in its top right quarter appearing like a cookie with a bite taken out it. It took 1 hour and 18 minutes to reach totality and as the clock ticked down, there was an odd cooling of temperature. An echo of “it’s getting chilly” fills this parking lot and layers of clothing are acquired. As the temperature cooled, an odd green tint seemed to be falling on the earth, radiating on everything like a filter in an apocalyptic movie. It made sense, the strength of the sun’s light was being cut in half at that point. And while the science of it made sense, actually experiencing that period of time was unimaginable. It wasn’t the moment people were anticipating.

Then, just like New Year’s Eve, we reached the time for the countdown. Everyone sat back, laid on the top of their cars, or stood back behind a lens, glasses still on, waiting for the ultimate moment.

In the last minute before Totality, at 11:35 a.m., as our breaths were held waiting for the moment of a lifetime, shadows resembling snakes suddenly started dancing across the asphalt of the parking lot.  Jaws dropped as everyone was gaping in surprise at the unexpected appearance, which we later found out was rare even among solar eclipse. Then our attention is cast away from the rippling shadows and the moment had come. In a swift few seconds, the sky morphed from an eerie gray to what I can only describe as the last light of a day—where the sun has set and darkness has fallen yet a tiny sliver of light remains on the horizon. That is what totality looks like. My surroundings looked like they had late last night when we’d slept in the parking lot and for two minutes and twenty-two seconds my mind was boggled.

We had talked about coming to see the eclipse all summer and I wasn’t excited.  But now, standing on the earth in darkness in the middle of the day, conjured feelings of awe and appreciation for being able to be one of the few who witnessed this unreal experience. From the looks of the people around me and their cries of amazement, I don’t think it was just me who was in shock either. As darkness fell upon the land (#thriller), animals became confused and from the trees around us, birds squawked and flew from their nests, confused by their natural instinct to __ when it’s dark. For those two minutes and twenty-two seconds I tried with all my might to remember every detail. To savor the odd darkness in the middle of the day, relatable to night, but was all together completely different; lounging with my family on blankets in the parking lot with huge grins on our faces, all of our expectations surpassed; the moon only visible because of very small amounts of light tracing it’s circumference.  And then, in a blink of an eye, it was over—the fasted two minutes and twenty-two seconds of my life.

As the sun slowly emerged from the left side of the moon quite, I was able to admire the wondrous diamond ring effect. The snake shadows came back again for another minute before disappearing entirely until the next eclipse. Our minds have been blown and as satisfying as the experience had been, it was sad for it be over and wished you could experience the phenomenon again and again.

Champagne bottles were opened (sparkling water for the kids) and we toasted to the amazing natural world. In an even more symbolic toast to our natural world, Daniel, Isabelle, my mom, and I set off on a hike to an alpine lake in one of the most beautiful national parks on the US. On this already monumental day, the hike we did was added my list of all time greatest hikes, Delta Lake— a beautiful meeting of perfect teal lake and three jagged peaks speckled with glaciers.

Seeing really is believing. When you learn through real life, the details and facts become more than just COOL or DIFFERENT, they become life changing. When we are exposed to a wide variety of moments, experiences, and places, our minds open up to new ideas, new thoughts, and new questions to better understand the world we live in.

Any person can choose to stay in one’s country or place their whole life and be comfortable with one culture of street signs, languages, customs, geography, ecosystems, and routine and half-heartedly believe what they hear about and read about. But by stepping into the unknown and expanding your backyard, you will find that the world is far the greater than you can imagine.

When you escape the bubble of comfort, be ready to see what a diverse and amazing world we live in because seeing is believing.